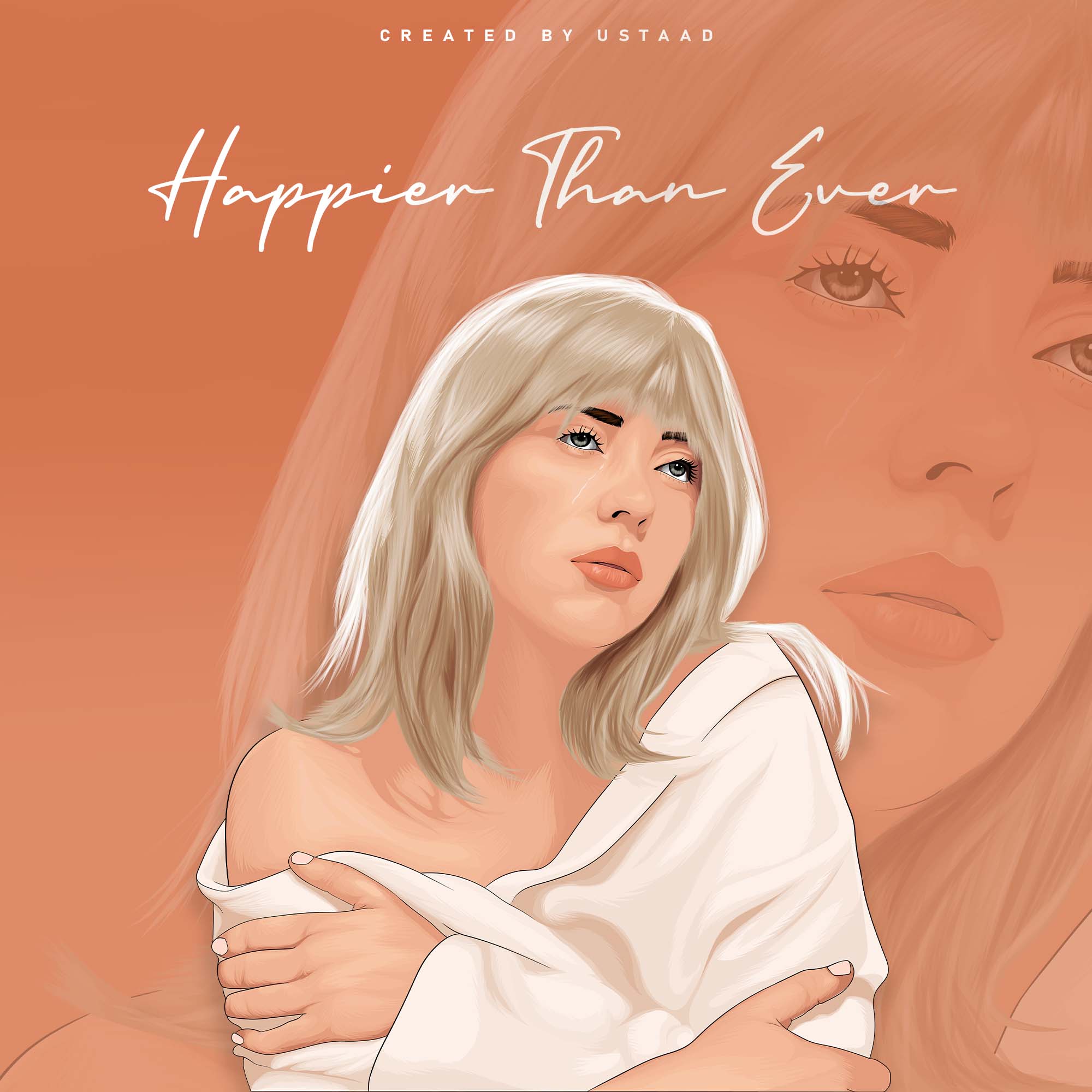 We are looking at the Vector style portrait of Billie Eilish who is a famous American singer and songwriter, pursuing her musical career in pop, electropop, alt pop and dark pop genre of music. Her very first song Ocean Eyes which was released in 2015 brought her the main stream of attention which never stopped flowing since then.

So, here is a vector style portrait of Billie Eilish made by CGstore in a fully creative way. Here we will walk you through the entire process of making this vector portrait which is sensational and beautifully peaceful at the same time. The entire process is fully enjoyable to accomplish and particularly delicate to understand. Below is a brief description of the software that we used in making this vector portrait.

Below is the description of the step-by-step process of this vector portrait.

Beginning: The process started with the main idea of different techniques that I was looking forward to use. After devising the main idea I chose the picture that I found suitable to for vector portrait. The techniques as usual includes the line work, color scheme, shading and developing the background. All of these techniques make each and every portrait unique in look.

Color Scheme: The colors that we use in making any vector style portrait are one of the strongest bases that elevate the entire attire of the portrait. In this portrait, I decided to go with monochromatic vector portrait since the picture of choice contains minimum objects in it to give colors.

Another concept that I used in this vector style portrait is giving a background shadow of the main character which gave a charismatic touch to the portrait and it gives a very thoughtful and intriguing look to the vector portrait. The background shadow enlarges the vision when looked upon which also refines the facial features that are soul piercing. I gave this portrait a minimally simple look to make it less messy which makes it super classy.

In every work that we do, we try our best to highlight the main motive of the work which gives an extremely genuine impression of our efforts. Effort is what we put in our work which to give the best possible outcome.

If you want us to make your vector portrait, you can order us on Fiverr.

Have a project
Let's Talk!

You don’t have to figure out what your business needs to excel. Feel free to connect with us.