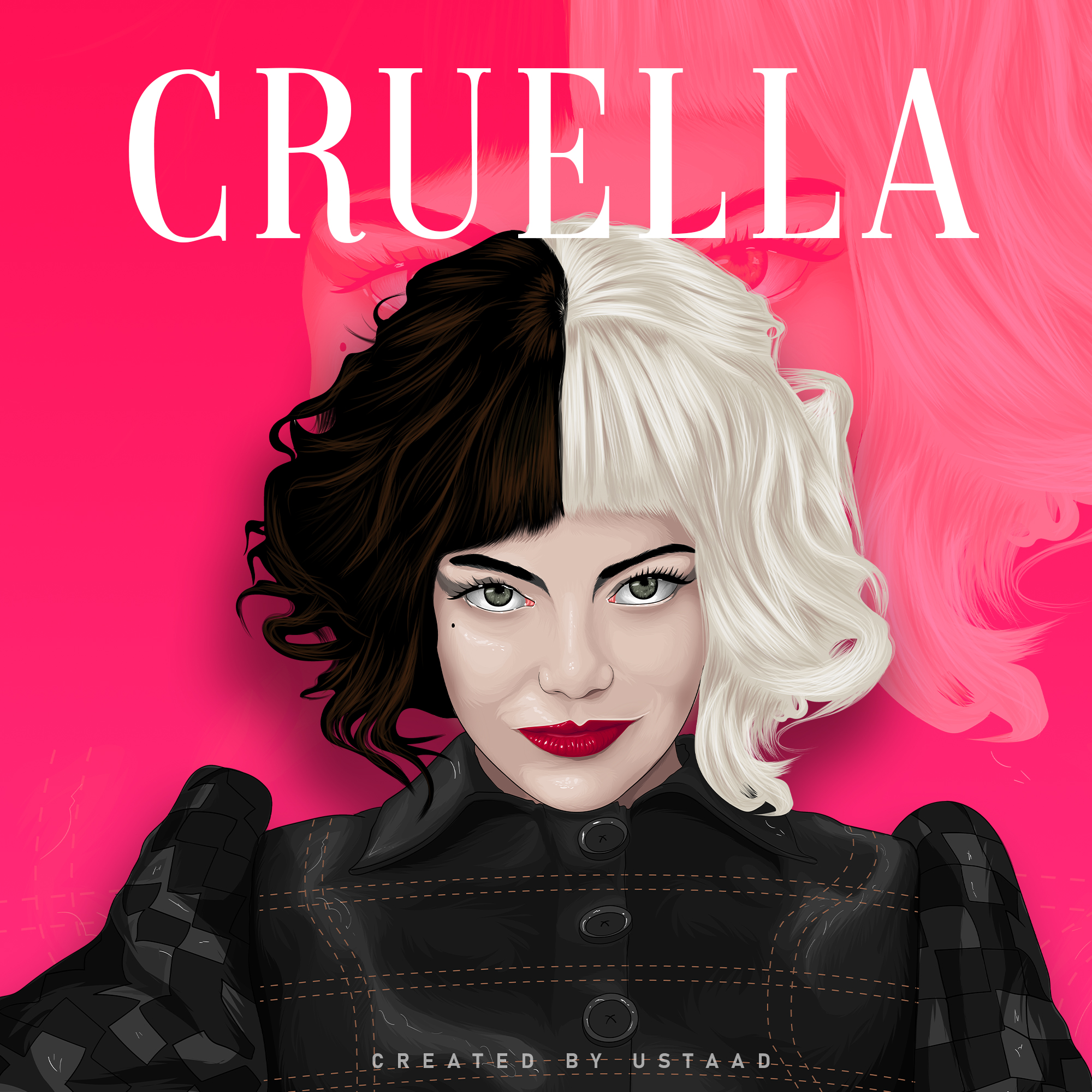 Cruella, which is set in 1970s London amidst the punk rock revolution, follows a young grifter named Estella who’s determined to make a name for herself in the fashion world. She soon meets a pair of thieves who appreciate her appetite for mischief, and together they build a life for themselves on the streets of London. However, when Estella befriends fashion legend Baroness von Hellman, she embraces her wicked side to become the raucous and revenge-bent Cruella.

The film is basically the prequel of, and inspired by the the character Cruella De Vil from Dodie Smith’s 1956 novel The Hundred and One Dalmatians from Walt Disney’s 1961 animated film adaptation.

The character in the movie is performed by gorgeous and dazzling Emma Stone who is an American actress. She is the recipient of various accolades, including an Academy Award, a British Academy Film Award, and a Golden Globe Award. Stone was the world’s highest-paid actress in 2017 and was named by Time magazine as one of the 100 Most Influential People in the World.

In this podcast, CGstore has made a stunning vector portrait of Emma Stone in her vicious character. Come! let us show you how we did this.

The entire process is fully enjoyable to accomplish and particularly delicate to understand. Below is a brief description of the software that we used in making this Stunning Cruella Portrait.

Software used in making the Vector Portrait of Stunning Cruella :

Go About: We started by making the plan about what we want the portrait to look like. The main idea was to give it a more natural look with minimum effort and give the main character its vicious look so that the vector portrait looks more catchy and less messy at the same time.

Color and Theme: For this vector portrait, bright hues are selected to give the vibe that it is supposed to give. The colors given are a transforming shade of pink in the background. The character’s iconic hair are kept dichromatic, black and white that adds in the ferocious look of the character. The Theme is kept simple and quivery.

Background: The back is kept minimally pink with the reflection of the main character in the background.

Main Idea: Starting with nicely done line work, which is done very intricately and carefully to attain maximum perfection for the portrait. From draft look, we took it to the level of ingenuity and brilliance. Then, we added the colors as and where required.

If you want us to make your vector portrait or a podcast cover for you, you can order us on Fiverr.

Have a project
Let's Talk!

You don’t have to figure out what your business needs to excel. Feel free to connect with us.