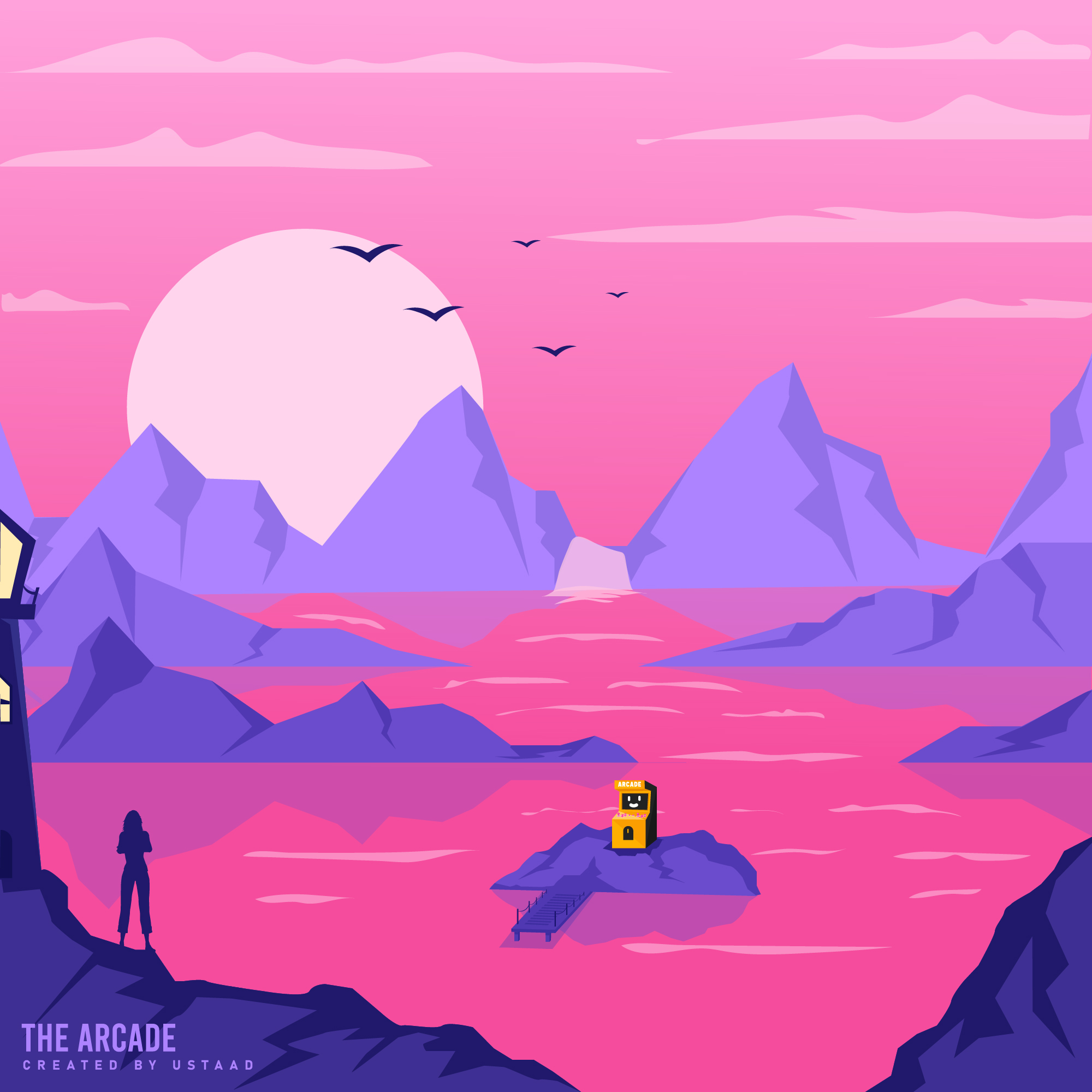 The Arcade, is a coin operated entertainment machine typically installed in public businesses such as restaurants, bars and amusement arcades. Most arcade games are presented as primarily games of skill and include arcade video games, pinball machines, electro-mechanical games, redemption games or merchandisers.

Most of all of us have grown up playing arcade games at various places at various levels. This was a childhood obsession until video games came up. There were different backgrounds and unique themes that always made us wonder about how it is done. Making this Arcade vector illustration took me years back in my childhood when I was a child. I was always fascinated by the concept and the theme of those arcade games.

In this podcast, CGstore has made an accomplishment of that fascination that I had in my childhood. Come! let us show you how we did this.

The entire process is fully enjoyable to accomplish and particularly delicate to understand. Below is a brief description of the software that we used in making The Arcade – Vector Landscape Illustration.

Go About: We started with the basic idea of the plot which came up as game in the game. It turned out to be a pretty great concept as can be seen.

Color and Theme: The colors are set uniquely thoughtful. A combination of light colors in pink and blue both in shades sat well with each other.

Backdrop: The backdrop is kept minimally simple as we do in most of our work to show the simplicity and to avoid crowds. In the background, there is a vast sky that is kept light pink in color. Other than that, the obvious thing that the sky holds is the clouds which are kept even light in color to avoid distraction. And another plus thing is the birds in the background.

Main Idea: The main idea is to give the vector illustration a challenging look for which under the clear sky is a vast water body which is also kept pink and there are mountains in and around the water body which is a perfect depiction of the arcade that we used to play and still play in the game.

In the middle of the water body, there is an iceberg or you can say a small fragment of a rock on which the arcade is placed. To figure out between two is also thoughtful which always makes it connecting to pass memories. The interesting part is player character is standing at a far-off place which makes it look challenging to reach the arcade. This is what gives it the game portrays.

Developing this arcade vector illustration which is my childhood fascination gave me a strange but peaceful satisfaction. This surely would have successfully memorized a memorable past time for you too.