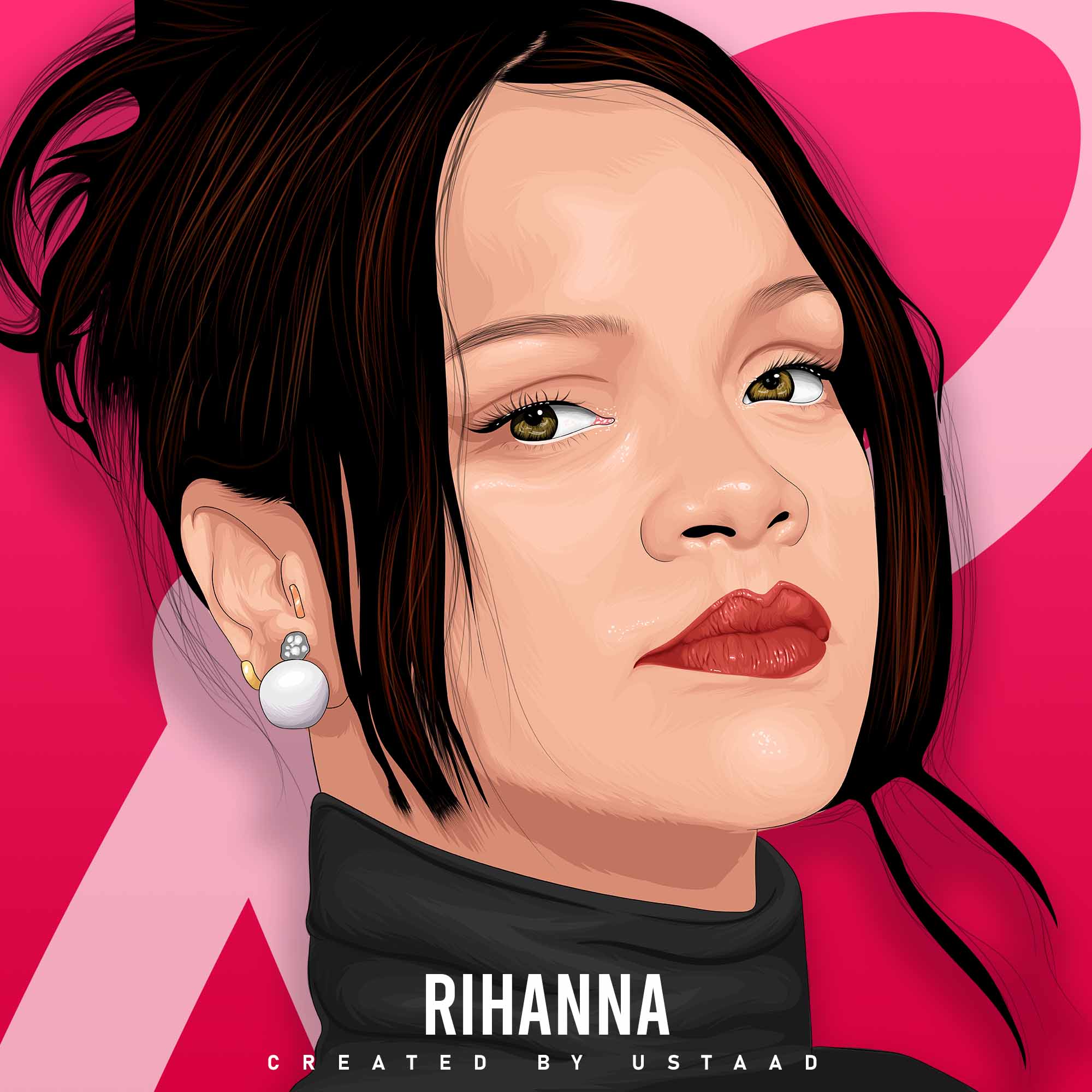 Rihanna Portrait Painting – Robyn Rihanna Fenty is a Barbadian singer, actress, fashion designer, and businesswoman. she was discovered by American record producer Evan Rogers. She soon gained recognition with the release of her first two studio albums, Music of the Sun (2005) and A Girl Like Me (2006), both of which were influenced by Caribbean Music and peaked within the top ten of the US Billboard 200 chart.

Rihanna’s third album, Good Girl Gone Bad (2007), incorporated elements of dance-pop and established her status as a sex symbol in the music industry. The chart-topping single “Umbrella” earned her first Grammy Award and catapulted her to global stardom. She continued to mix pop, dance, and R&B genres on her next studio albums, Rated R(2009), Loud (2010), Talk That Talk (2011), and Unapologetic (2012), which became her first Billboard 200 number one.

Here, CGstore has made this Rihanna Portrait which is full of beautiful and charismatic hues which makes the portrait worth seeing. Come! let us take you through the step-by-step process of how we made this beautiful vector art using cool techniques, outshining creativity, and extremely convincing ideas.

The entire process is fully enjoyable to accomplish and particularly delicate to understand. Below is a brief description of the software that we used in making this Rihanna portrait painting.

Go About: It all began with a very strong idea. Since, we are talking about a singer and a model so the vector portrait has to be as melodious and charismatic as her personality is. Hence, we put our best effort to meet the standard of the portrait.

Color and Theme: The theme is quite simple if you look at the Rihanna portrait. There are no complex ideas seen in the portrait. However, we have used maximum bright and beautiful colors to outshine the portrait

Background and Linework: The background is kept monochromatic basically, however, two shades of the same color are given a mix. A random strip of the baby pink color is lying on the dark pink color. Moreover, a set various of colors are used on the Rihanna portrait. After setting the background, very intricate linework is done. While doing the linework, keeping the margins clean is a very important thing. And it is well seen in this vector portrait.