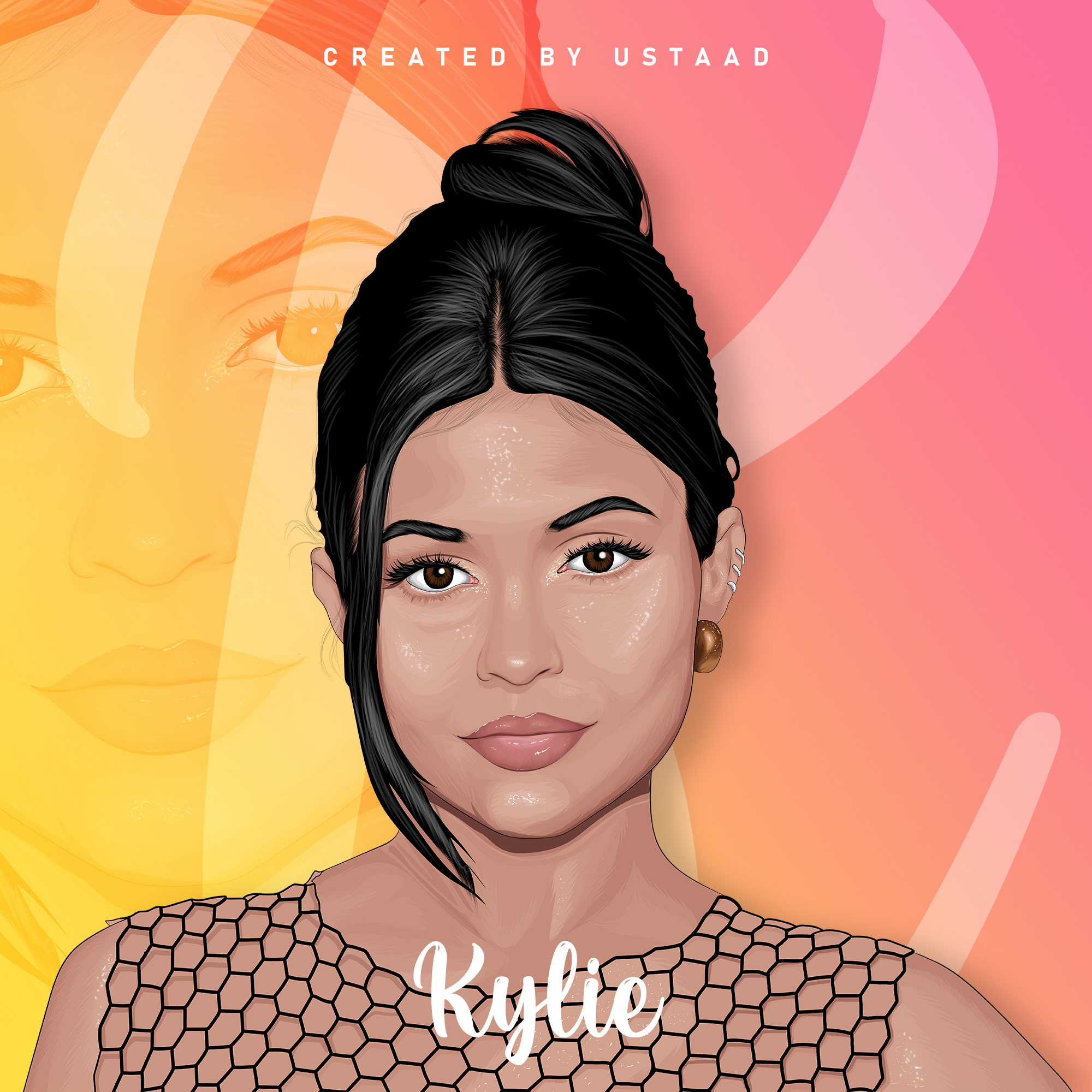 Kylie Jenner (portrait) is an American media personality, socialite, model, and businesswoman. She has starred in the E! reality television series Keeping up with Kardashians since 2007 and is the founder and owner of cosmetic company Kylie Cosmetics.

At age 14 in 2012, she collaborated with the clothing brand PacSun, along with her sister Kendall, and created a line of clothing, “Kendall & Kylie”. In 2015, Jenner launched her own cosmetics line called Kylie Lip Kits, which was renamed Kylie Cosmetics the following year. They also released a mobile app that reached number one on the iTunes app Store called Kendall and Kylie.

As of December 2020, with over 233 million followers, she is one of the most-followed people on Instagram. In 2017, Jenner was placed on the Forbes Celebrity 100 list, making her the youngest person to be featured on the list. Jenner starred in her own spin-off series, Life of Kylie which premiered on E! on August 6, 2017. In November 2018, New York Post credited her for being the most influential celebrity in the fashion industry.

Here, CGstore has made this portrait of Kylie Jenner which is full of beautiful and charismatic hues which makes the portrait worth seeing. Come! let us take you through the step-by-step process of how we made this beautiful vector art using cool techniques, outshining creativity, and extremely convincing ideas.

The entire process is fully enjoyable to accomplish and particularly delicate to understand. Below is a brief description of the software that we used in making this amazing portrait of Kylie Jenner.

Go About: Keeping in view all of her traits, the plan was to make a vector portrait that goes by Kylie Jenner’s personality and out-shines her charisma. We have invested our maximum artistic skills and creativity to give this portrait a classy look.

Color and Theme: In this portrait, a very sophisticated color combination is used to develop the theme of beauty. The colors to shade the lights and darks of the portrait are perfectly arranged to cover all the margins.

Main Idea: Starting with nicely done line work, which is done very intricately and carefully to attain maximum perfection for the portrait. From draft look, we took it to the level of ingenuity and brilliance. Then, we added the colors as and where required. Once the linework is done, giving colors become rather easy because sections for filling the shades are clear to understand.